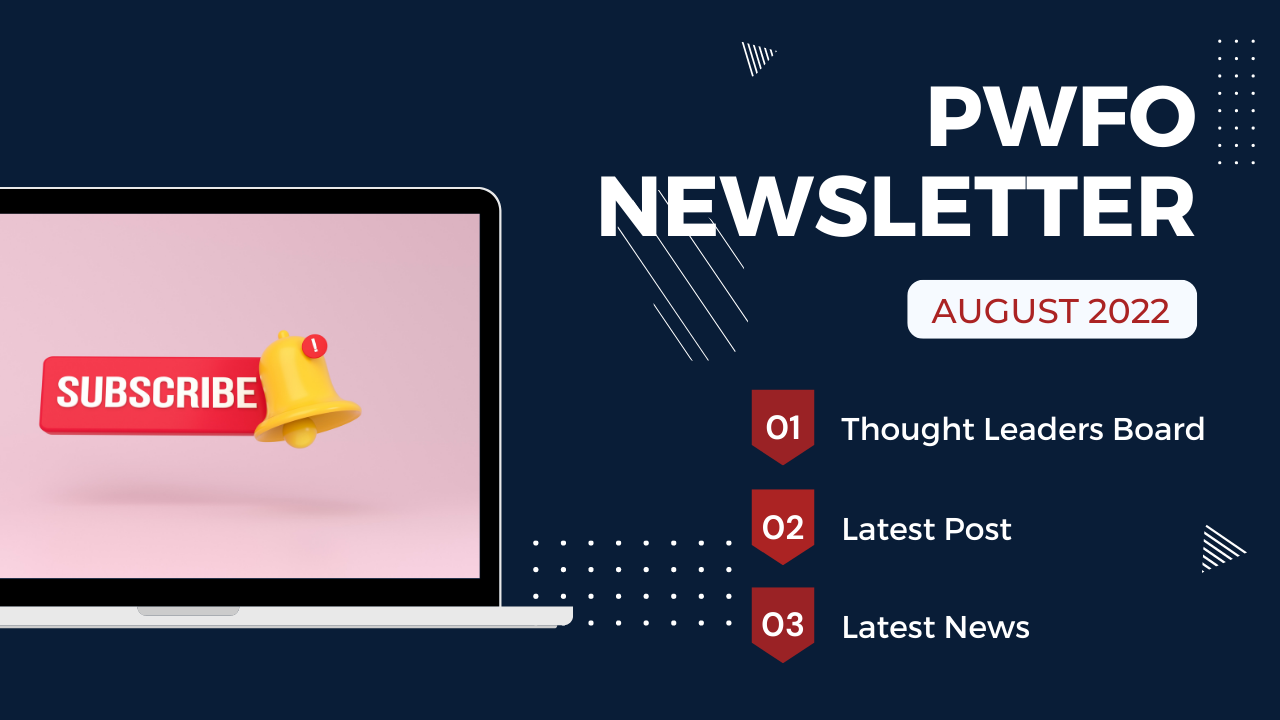 Although “Thought Leadership” has become a buzzword in recent years, the term was first coined in 1994 by Joel Kurtzman, the founding editor of Strategy+Business.

When I setup a multi-family office practice in 2001, I had very little experience in sales and marketing, I was able to use my network and very quickly succeeded.

Then at the end of 2019 when I set-up PWFO, I thought I would be able to replicate the same level of success I achieved in my previous start-up.

Though I had a unique (or so I thought) selling proposition, I now had to target a wider audience and social media was available for free. So... easy... right?

Furthermore, I was passionate and an expert in my field and needed to reach a large audience and build loyal followers. However, reality kicked in. I was just spending too much time on things that was not yielding results and not enough time on higher value tasks. I was writing when I was in the mood or whenever I had an inspiration. It was not priority.

Then among the members who had joined PWFO, I saw many experts who were facing similar challenges that I had faced: building an audience. The question was “How to get them to spend time on the important task of expressing their expertise regularly by publishing articles, posts or podcasts.”

So, we developed the Thought Leaders initiative, and we are honored to have assembled a dream team. It is still work in progress but with the enthusiasm shown we are motivated. The group is advising us and coming up with ideas that will benefit our members and make each Thought Leader better known. And increase the audience of PWFO as well.

Look out for your topic of interest from your selected PWFO Thought Leader.

Access the article on "Why you should be a thought leader" by clicking here!

Is the current system rigged?

Numbers published by the Pew Research Center in 2019, suggest grievance is still alive and well in four-nation surveyed - (US, UK France and Germany). The report shows the appetite for wholesale change is higher than previously suspected. Two-thirds of adults in the U.S. and France believe the political system needs overhauled, if not overthrown. Half of those in the U.K. think the same. Germany is less unstable, but calls for reform still ring true with roughly four in ten.

According to the 2017 Edelman Trust Barometer, approximately 75 percent of people worldwide believe the system (i.e., government, culture and other establishments) is untrustworthy. Positions of authority are especially distrusted, with only 37 percent of people believing CEOs are credible and just 29 percent of people trusting government officials.

So do you think the system is truly rigged against private citizens?
How can one take advantage of it?
Or is it a lost cause?

Announcement: The Apprenticeship or Entrepreneurship Program

After giving a lecture at the University of Geneva, a few near Graduates shared their thoughts with me. They considered that opportunities, especially in Financial Services, keep changing at a very fast pace.
Many felt that a lot of what they have learnt do not relate to what new opportunities seem to be asking for.

To the first group we offer an Apprenticeship with a Certificate of the project covered in the program. I was inspired by Lord Sugar's Apprenticeship TV Series.

To the second group the outcome is a complete Business Plan that accelerates their path to their business taking off.

The Program runs between 12-16 weeks.
The objective is for the graduates and near graduates to gain practical knowledge, understand personal resilience, emotional intelligence and other soft skills.
The program allows the adherents to work in a non-competitive environment without the pressure to deliver and be measured.
Could this program assist you in your own recruitment strategy?
Have an early peek at what we have constructed.
It could be adapted to your own Internship/Traineeship program to get better suited employees.

Find out more about the PWFO Apprenticeship and Entrepreneurship Program by clicking here.