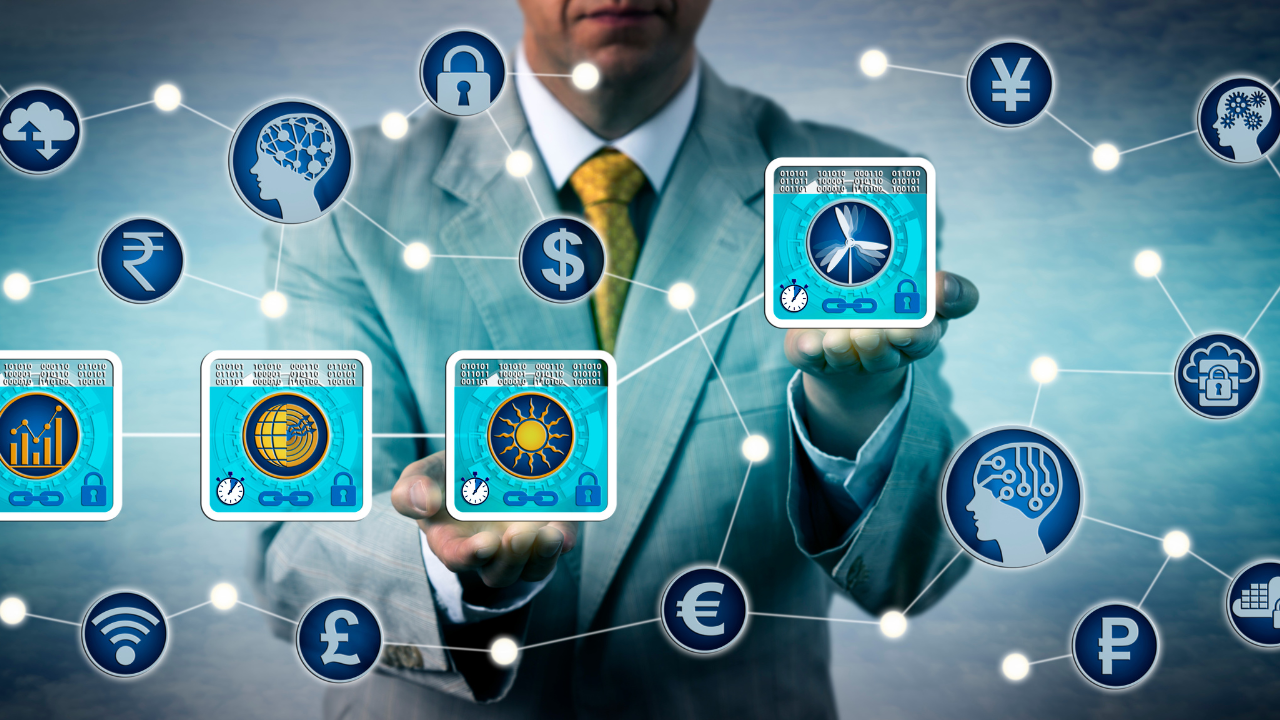 As one knows, the crypto markets are where the most erratic volatility takes place. This is due to a number of factors such as the size of the overall market capitalisation (currently under a trillion USD at the time of writing, which is very small), the lack of regulation that leaves room for some practices that would not be possible in traditional markets, and also the implications of technical design trade-offs that are structuring the supply and demand balance of a given decentralised protocol (implications which are hard to foresee most of the time).

In today’s piece, we will talk about an ecosystem of several protocols that literally and permanently crashed in May due to a number of reasons. Readers who follow the crypto markets (even sporadically) have probably guessed by now that I am referring to the Terra ecosystem with their algorithmic stablecoin UST, their decentralised lending protocol Anchor, and the base layer blockchain sustaining the entire ecosystem: the Terra blockchain (with its token: LUNA). 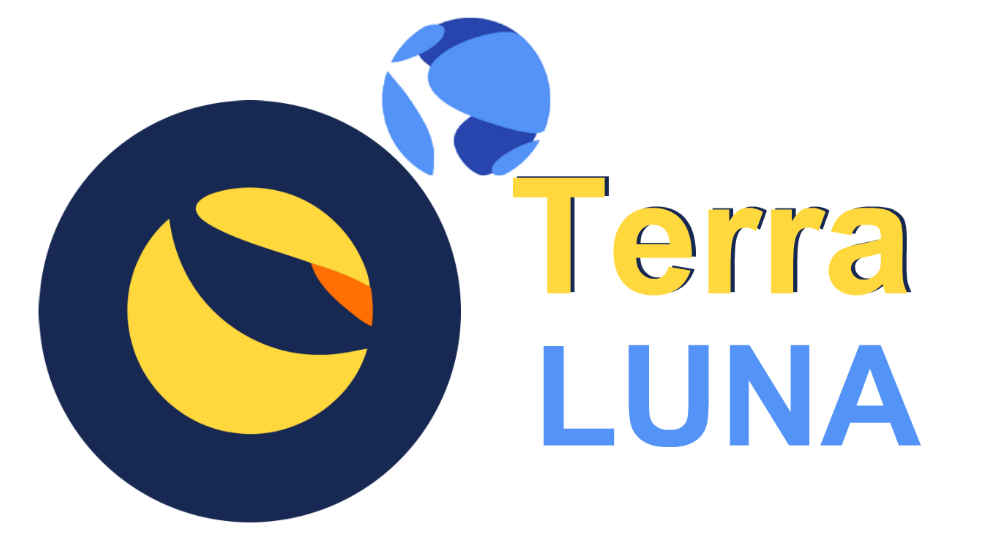 Back in May, the Terra ecosystem was one of the most prominent blockchain ecosystems in existence. Yet, it has lost over 95% of its value in a matter of a few days, taking by surprise thousands of people and a few fund managers, and leaving many broke as the value of the ecosystem (in particular the value of the LUNA token and UST token) drastically fell by several billions of US dollars.

Before diving into the explanations of what led to such a colossal collapse, let’s shed a bit of light on what Terra, its stablecoin UST, and its lending protocol Anchor are.

The Terra ecosystem was particularly known for two of its applications: UST and Anchor protocol.

UST was a first-of-its-kind algorithmic stablecoin. Stablecoins are cryptocurrencies that aim to maintain a peg (with the US dollar for UST, so 1 UST = 1 USD). This removes the volatility that other cryptocurrencies have and it has a few benefits like seamless transfers between addresses and smooth trading activities in and out of positions. The absence of volatility makes stablecoins the preferred option when it comes to executing trades.

UST was an algorithmic stablecoin in the sense that it was not backed by any external asset (such as fiat currencies or precious metals for instance), but rather its peg was meant to be maintained by automated mechanisms embedded in the protocol; more on this later.

As for the Anchor protocol, it is a decentralised money market where depositors of UST tokens could earn up to a 20% Annual Percentage Yield (APY) on their deposit. It is no wonder then that tens of thousands of people emptied their poorly-yielding traditional bank accounts to place their savings on this decentralised protocol which could not only protect you from spiking inflation but also grow your wealth over time. There we were: a decentralised finance (DeFi) protocol on the brink of replacing archaic and arguably poorly-performing traditional banks.

Additionally, as with the vast majority of DeFi protocols, people could also use Anchor to borrow liquidity, stake governance tokens (the ANC token) or provide liquidity to the ANC-UST Pool, thereby diversifying and optimising their yield.

For the reader's information, the importance of a DeFi protocol is often measured in Total Value Locked (TVL); it can be seen as the total value of the assets involved in the protocol and managed by it. Before the Terra ecosystem crashed, the TVL on Anchor was above $17 billion USD, one of the highest of all DeFi protocols, regardless of the ecosystem. At the time of writing this article, the TVL on Anchor has shrunk to barely $1.7 million USD.

So what happened? How can an entire blockchain ecosystem - one of the most reliable, solid, and promising ones - worth several tens of billions of dollars find itself being devalued by more than 95% in a matter of days in May 2022? This was the first time in the history of the blockchain industry that such a collapse occurred; many have now dubbed it “the first bank run in crypto history”. 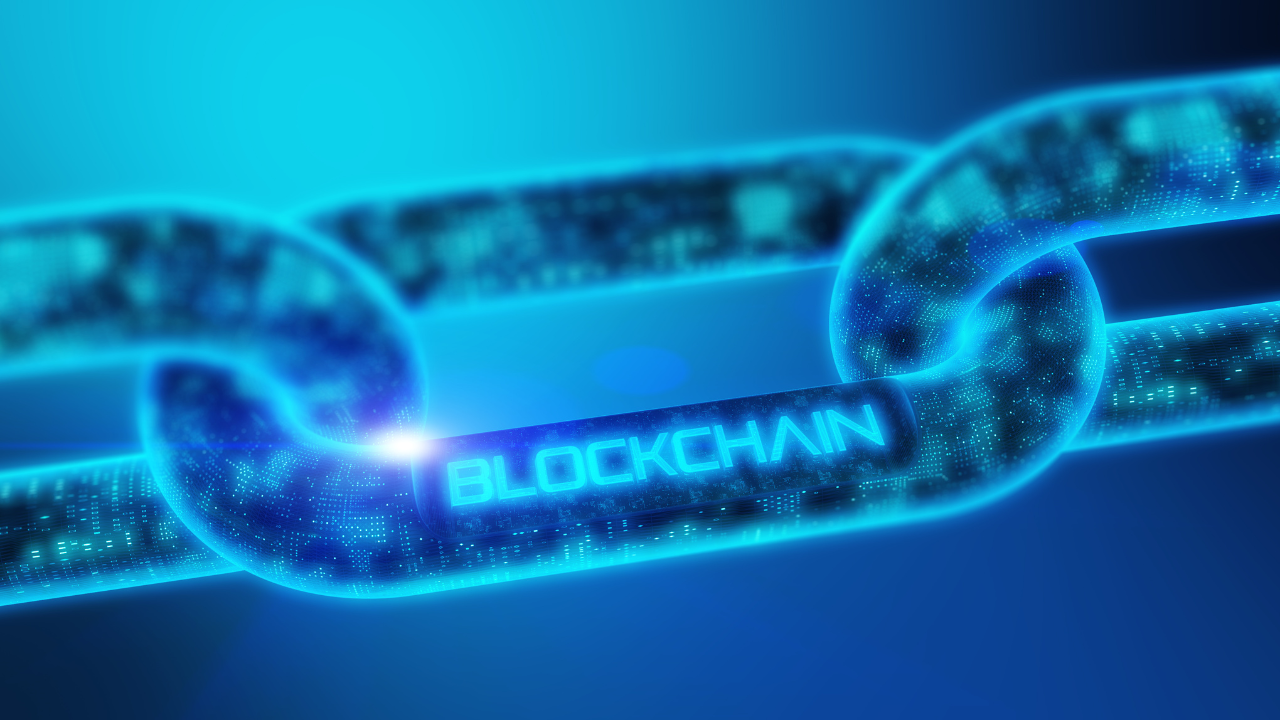 UST started fleeing Anchor on May 7th. About $2.3B in UST deposits got withdrawn within 48 hours. This is a lot of selling pressure for any protocol to absorb. On May 9th, the situation deteriorated drastically with an additional $5B worth of UST leaving the Anchor protocol, thereby causing a serious depegging of the UST against the US dollar.

It is important to understand that the UST stablecoin, being an algorithmic one, and the LUNA token (powering the Terra blockchain) are profoundly intertwined by the very nature of the automated protocol rules linking them together (a burn/mint mechanism). Since there is no external asset to maintain the peg of the UST to the USD, it has to be ensured by incentivized arbitrage activities.

In a nutshell, when the UST is trading above $1 USD, anybody in the world can use $1 USD worth of LUNA to mint 1 UST, thereby burning LUNA tokens and increasing the supply of UST and capturing an arbitrage opportunity (by selling the newly minted UST above $1). Vice versa, when the UST is trading below $1 USD, arbitrageurs can use 1 UST to mint $1 worth of LUNA, hence burning UST tokens, increasing the LUNA supply and benefiting from an arbitrage (by selling the newly minted LUNA tokens).

Under normal market conditions, this burn/mint mechanism can “only” handle withdrawals of about $300 million per day due to - among other things - the time needed by the virtual automated market maker for refilling the liquidity pool. Understandably, these billions worth of UST exiting the Anchor protocol (and also other pools on other protocols such as Curve, as well as centralised exchanges like Binance and FTX) were far from normal market conditions.

Hence, the first serious depegging of the UST (on May 9th), which in turn caused a massive panic sell-off of UST that the protocol had to absorb by minting the LUNA token at an unprecedented scale. This had the effect of the price of the LUNA token plummeting (because the sudden supply was exceeding the demand by far), and since the peg was not being re-established, an ever-increasing number of LUNA tokens had to be newly minted to try to regain the peg. As a result, the entire ecosystem entered the death spiral and lost more than 95% of its value in less than a week.

Effectively, what happened is that the protocols, the way they were designed and the algorithms regulating them, had to face a level of stress (withdrawals leading to liquidity depletion) that was way too high in a way too short amount of time. Users of the Terra ecosystem saw that the UST peg could hardly be regained and attempted to mass exit their positions and the ecosystem, which made things a lot worse, a lot faster.

Can one be better prepared?

As an asset manager, or even as a crypto amateur, was it possible to avoid getting caught in this debacle? Yes, it was! A first layer of precaution is to conduct a proper due diligence review on how the protocols of the ecosystem are structured in order to precisely identify the associated risks.

Then, assuming that you are still comfortable with the nature and level of risks established during the due diligence phase, a second layer of precaution consists of ensuring that the live and public data available on-chain are monitored with tailored alerts. This is called “on-chain data analytics” and it will certainly be the topic of another article as it is quite dense in itself. With the appropriate on-chain data alerts in place, anyone could have been made aware of the massive and unprecedented amount of UST being taken out of the Anchor protocol a few days before the permanent depeg that led to the death spiral.

Where does all of this leave the blockchain industry and the markets of cryptocurrencies? Well, I think it is safe to say that the confidence in algorithmically-regulated stablecoins is gone (at least for a very long time to come). Up until this collapse, there were three kinds of contenders in the sector of stablecoins: algorithmic, over-collateralized and asset-backed. UST was the champion of the algorithmic category; with it being gone, the smaller algorithmic stablecoins will have a very hard time convincing users of their reliability (even though, in my opinion, it is more an issue of robustness rather than reliability). Additionally, the smaller stablecoins will struggle even more due to the recent crack-down initiated by many financial regulatory authorities as a result of the depeg of UST.

I’d like to conclude this article with a piece of advice that comes from my standpoint as a Fund Manager who seeks certainty, transparency and predictability in the investments we conduct and the positions we take at Karukera Capital. Between the two remaining major types of stablecoin (over-collateralized and asset-backed, for which a separate detailed article is again necessary), I will always favour a stablecoin that is regularly audited and also real-world-asset-backed. I humbly suggest you do the same, particularly if you are involved in the management of your investors' capital.

The worldwide blockchain market was valued at 1.57 billion U.S. dollars in 2018 and is forecast to grow more than hundred times to 163 billion U.S. dollars by 2027.
Anthony is the Founder and Managing Partner of Karukera Capital, an innovative and upcoming firm launched in June 2021. 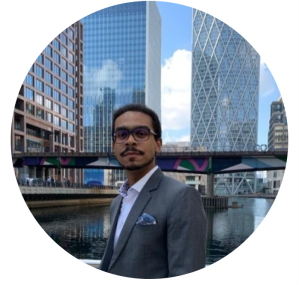 Anthony will guide you on how to navigate the growing sector of blockchain. He will be delighted to give a 30 minutes free Q&A interview to deal with any specific question you may have.

Send an email to [email protected] to book an appointment.