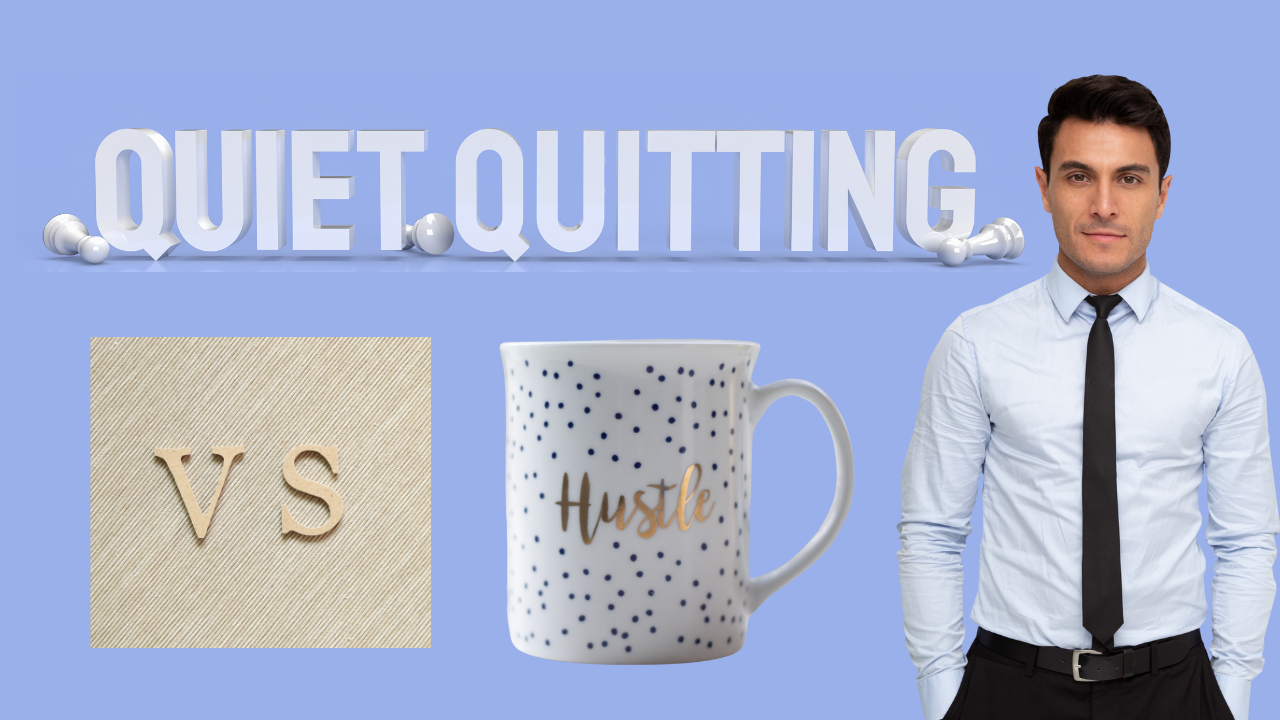 What does the quiet quit mean to the job market?
Does quiet quit mean more entrepreneurs starting their own business so they hustle for themselves!
Is Arianna Huffington right when she says that the quiet quit behavior can hurt one’s career?
Will hustlers fill the gaps created by quiet quitters?
My generation was told to get a job and work hard to reach the top. No buzz word! Many of us just got on with it. Then before the pandemic, I discovered the term "Hustle" and realised that is what I had been doing!!! It turns out that the Hustle Culture, also known as burnout culture and grind culture, refers to the mentality that one must work all day every day in pursuit of one’s professional goals.
But now “Quiet quitting” has taken the media world by storm. It is the latest concept gaining ground in the world of work after the ‘Great Resignation of 2021`, and basically involves doing the bare minimum at your job while looking for a new one or not or developing a side start-up.
In fact, as the BBC Workfile states: 'Quiet Quitting' is nothing new - it has long existed, says Anthony Klotz, associate professor at University of College ... (https://lnkd.in/ewBFYFqQ)

The same goes for the Hustle culture. It has always existed, except its prominence is a recent phenomenon. The battle is in the terms used when the real issue is really about the danger of vilifying the idea of hard work.
(https://lnkd.in/e8_4f7ij)
The question anybody careering or starting/running a business should reflect on is: can promotion or business success happen without hard work?
#quietquitting #hustleculture #entrepreneurs #success