Part 3. Financial security for all: the case of the ex-overcrowded barracoon. 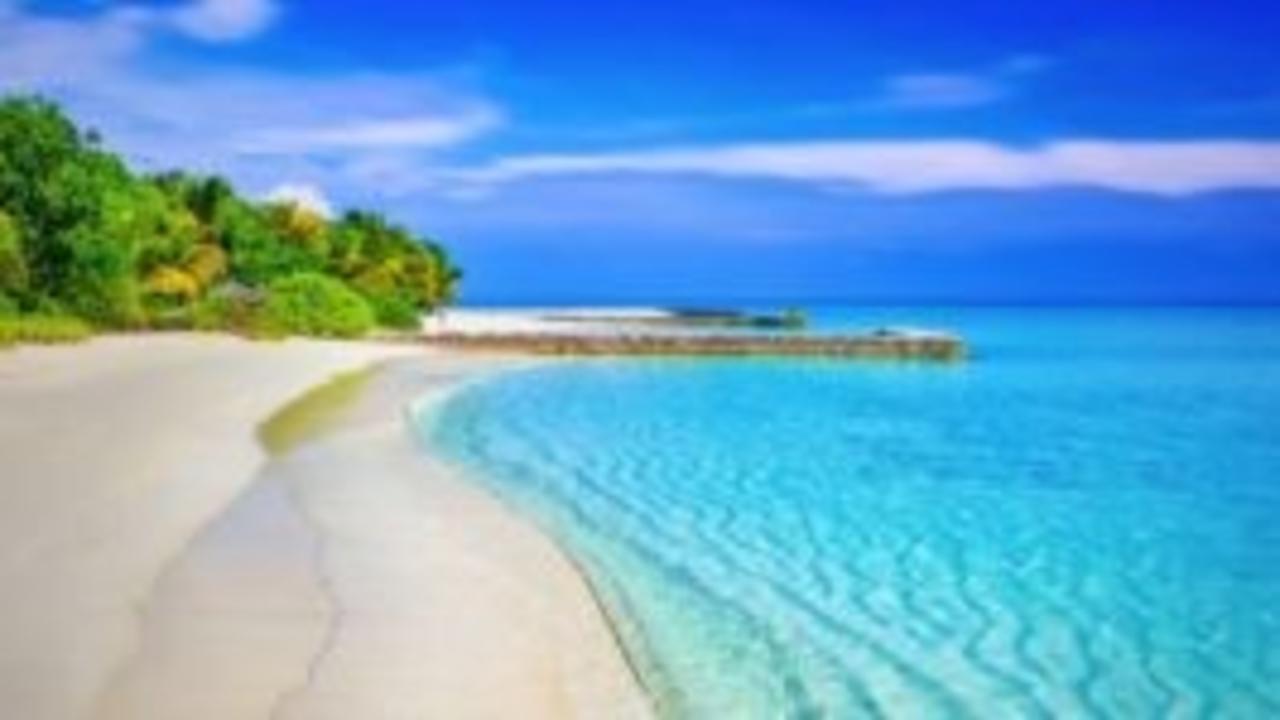 From 1896 Mauritius changed from being heaven on earth to > an island without a future to > the overcrowded barracoon to > middle income and now forecast to > becoming rich. What is the truth?

I recently posted a link to an article published by Forbes.com contributed by Kenneth Rapoza who referred to an analysis by senior researcher Ehiwario Efeyini of U.S. Trust Bank of America. Mr Rapoza concluded that Mauritius was poised to move from “Middle Income to Becoming Rich”.

Let us go back in time to 1961 seven years before independence: Nobel prize-winning economist James Meade wrote about Mauritius: “It is going to be a great achievement if the country can find productive employment for its population without a serious reduction in the existing standard of living. The outlook for peaceful development is weak.”

The future looked bleak and many left to emigrate to South Africa, Australia, UK, France and Canada. Students who went for studies preferred to stay abroad.

I went for further studies in 1969 a year after independence.

Whilst abroad an article was published in 1970. The Time Magazine wrote:“Two years ago, when the tiny (720 sq. mi.) Indian Ocean Island won independence from Britain, one might have got the idea that it was serving as a model for a less elevated region. Ringed by silver sands and azure waters, dotted with scarlet flame trees and emerald sugar plantations, it was suffering nonetheless from economic stagnation, staggering unemployment and mounting racial tensions.” It went on to quote “at least 24 people died in savage riots”.

Then in 1972 the Sunday Times published the infamous– “Mauritius an overcrowded barracoon” by VS Naipaul. (Barracoon: is an enclosure in which slaves were confined for a limited period as defined by Oxford dictionaries on-line).

I was livid not because the respected Nobel laureate Mr Naipaul was just writing what he saw, but because he had been welcomed by the then Government. I thought he could have respected his host and refrained from writing for example “that post-colonial Mauritius was still shackled by the burdens of its past” and that “the problems of Mauritius defy solution”. I thought the effect on tourism would be disastrous.

What a come down when more than a century before in 1896, Mark Twain (the pen name of American Samuel Langhorne Clemens (Wikipedia)) had said or quoted an islander as saying: “Mauritius was made first and then heaven; and heaven was copied after Mauritius.”
Besides Messrs Meade, Naipaul, The Time and Sunday Times there were others thinking the same. Highly respected Accountants and Economists from the Mauritius also were very pessimistic about the future of the Island.
Roll forward and what do we see? – Prince Al Waleed Bin Talal says “Mauritius is known as one of the premium resort destinations in the world for its all-year-round tropical climate and spectacular scenery and for the unparalleled hospitable culture of its people.”The country is today acclaimed as a leading investment destination. It is Ranked 1st in the 2012 Mo Ibrahim Index of African Governance. Over the past 10 years Mauritius was the top investing country into India. (Source wikipediafrom UNCTAD). As a member of the World Trade Organization, the Commonwealth, the Francophonie, the African Union, the Development Community of South Africa, the Indian Ocean Commission, COMESA, and the recently formed Indian Ocean Rim Association.

Mauritius has one of the highest positions in terms of competitiveness, investment climate, governance and economic freedom, the estimate of gross domestic product (GDP) was $ 20,200 million and GDP per capita more than $ 15.591 in 2012, one of the highest in Africa.

How was this “miracle” of transforming an economy totally dependent on sugar exports move to export of services. There are those who express reservations and think the growth achieved since independence looks unsustainable. One such opinion was expressed on the 15 March 2013 in an analysis by Roman Grynberg– titled – Mauritius’ economy ‘miracle’ not all it seems.

In the article, Mr Grynberg (http://mg.co.za/article/2013-03-15-00-mauritius-miracle-not-all-it-seems) gives part of the explanations describing support from overseas in the form of:

US Agricultural Growth and Opportunity – allowing Mauritius to export garments duty free. This became possible with the help of Hong Kong Chinese who were, according to Mr Grynberg, given Mauritian residence.

India – the author explains how Mauritius benefited from the double taxation agreement between India and Mauritius. Two direct benefits are explained:
1. Pass through, the bulk of foreign direct investment into India over a considerable period to recently. He estimates that Mauritius has benefited to the tune of $600M a year.

Financial intermediation whereby the investing foreign company had to appoint Mauritians as Directors and Auditors and have their Boards in Mauritius. One estimate by the ex-deputy prime minister Mr Rama Sithanen is that these locally incorporated entities contributed to 6%
of GDP and employs 3% of the population.

The article also discusses actions taken by Mauritians themselves, like changes in commercial law to promote:

Those who follow Mauritius on an on-going basis know that successive Governments have continued to promote education followed by the need to diversify.
Mauritius has become a good off shoring destination for European companies having BPOs there.

From my understanding, it is now positioning itself to be:

a truly independent robust financial centre not exclusively relying on the Indian connection,
a regional knowledge hub
a regional health hub and
become a nation of entrepreneurs.

Even if Mauritius benefitted from foreign aids, we can argue that the Island deserves to be compensated. We will not dwell on the Diego Garcia shame. We could also point out that Europe and Japan’s economy benefitted from the Marshall plan after the second world war.
What Mr Grynberg highlights was that Mauritius had been lucky and clever!
He did not see that Mauritians – both the big land owners who received Lome aids and the Political Leaders showed wisdom in that the Wealth (whether given or earned) was not squandered. They did achieve the transformation and for that they needed certain things to happen by Mauritians – not by Europeans, Indians or Americans. That was the ability to handle the changes and make them happen. It could only have happened because of the massive investments made in education by all Mauritians of that generation. Walk the talk.
We all know that past performance does not guarantee future success and Mr Grynberg rightly points out: “But what is needed now is more modesty as the assistance, and probably the luck, runs out.” Mauritians will make their own luck as they will continue to educate themselves and develop their entrepreneurial spirit.

Is this growth sustainable? Being based in Geneva and London and a frequent traveler to Mauritius, I have noticed an acceleration in Mauritians entrepreneurs coming to Europe – some have even made acquisitions. With most investors’ interest in Africa increasing, Mauritians have as an important role to play, as a hub into the 54 (or is it 55?) countries making the vast continent.

Mauritius has shown that financial security can be had with education and entrepreneurship. It is providing financial security to more of its post-independence citizens and expatriates too. The miracle happened because with education came honesty and integrity so that investments were made wisely. The Island Nation is facing difficulties as many successful economies do. But it will not relent. As Mauritius approaches its 50 years of independence it does so with courage and determination to continue providing financial security for all in the Rainbow nation.

Mauritius is a name of a population of mixed descents living together under one name. The act of diversification from a mono crop economy was realised by many small, often difficult steps taken by thousands of actual persons. These persons were rich or poor. They all had financial security as their aim. The sacrifice that many made for the next generation to benefit was enormous. It did not happen overnight.

As individuals in a small island economy in the middle of the Indian Ocean can achieve financial security, so we should all be encouraged to do the same. It should be everybody’s aim to strive to become financially independent. By doing so we leave enough for the next generation to have a good base to build on.

Lessons I learn from the case of the ex-barracoon island are:
Education never ends,
Get professional advice,
Be entrepreneur in mind and action,
Planning,
Action,
Save and Invest wisely,
It is a marathon not a sprint,
Diversify