Can Precision Fermentation together with Synthetic Biology Help to Secure Our Food Systems? 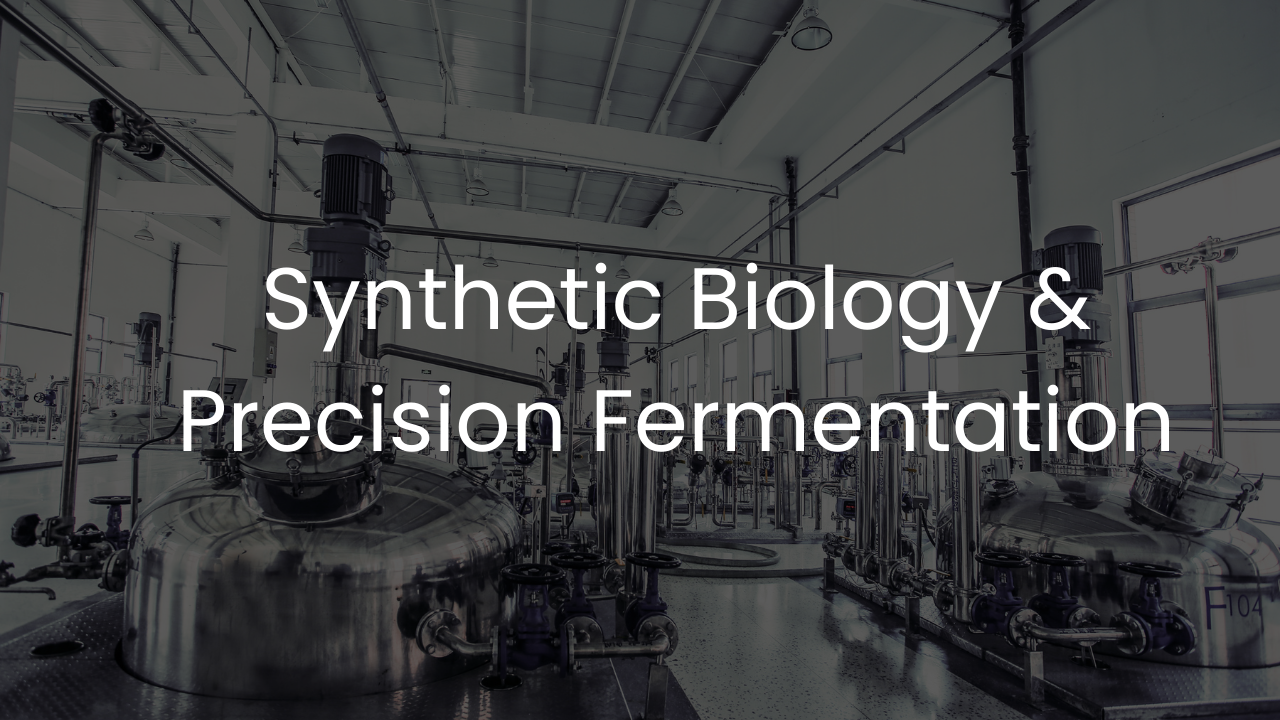 Globally, in 2020, humans consumed 574 million tons of meat, seafood, dairy and eggs. However, the production of protein sources is highly concentrated in a handful of countries thereby increasing the risk of production disruptions due to unforeseen circumstances like conflicts, weather, or diseases.

To avoid disruptions in the future and better secure food sources, a better production method that can effectively mitigate these risks is required.

One viable solution is Precision Fermentation which is being enabled by the advancement of synthetic biology. You can read our previous article which talks about this in detail.

Precision fermentation is a hot topic these days and entails turning microorganisms (Bacteria, Yeast or Fungi) into mini-factories to produce specific enzymes or protein products.

To achieve this, the DNA sequences of the protein of interest (POI) are encoded into microorganisms.  The microbial hosts/cell acts as a ‘factory’ which can produce the proteins quickly in vast quantities and, in a controlled environment.

This helps to remove external factors which are not in our control such as weather. Additionally, by removing the reliance on animals, the constant threat of contamination and the need for antibiotics are eliminated. Also, the elimination of cross-species disease transfers which have wreaked havoc (swine flu (H1N1), Mad cow disease, bird flu (H5N1), etc) in the past can be prevented. The removal of all these factors is thus a boon for public health and the security of our food system.

The entire precision fermentation process can be visualised in the image below. Of note is the vast scale that can be achieved by using this technology. One fermentation tank can produce as much milk protein as 5,000 cows and the equivalent of 300,000 eggs. In our opinion, precision fermentation thus provides a viable solution for large-scale production of specific proteins for food manufacturing.

The attractiveness of this technology and its growth potential is supported by the large dollar amounts that have been invested into this space. Over the last decade, numerous companies have emerged, focused on using precision fermentation to make alternative proteins.

Some of the early names include Perfect Day Foods which is making whey and casein proteins. To provide confidence in the safety of its products, the founders also launched The Urgent Company to commercialise the use of synthetic milk proteins in food products. Also, Perfect day tested its milk alternative with Starbucks (a review can be found here), which had mostly positive reviews. Another company which has gathered strong traction in this space is “The EVERY Company” which makes egg proteins in a tank. The company has innovated in biology using various techniques to increase its protein yield.

A list of private companies in the precision fermentation space is shown below:

Lux research also commented “Overall, 2022 has been a mixed year for the alternative protein space. Plant-based meat witnessed a slump in sales across the board, while categories like precision fermentation, mycoproteins, and cell-based meat witnessed investment momentum. In particular, precision fermentation has emerged as the most recent corporate favourite, with several announcements from companies like ADM, General Mills, and Mars, among others. DSM and dairy company Fonterra announced the establishment of a start-up that will leverage DSM’s fermentation expertise for dairy-like proteins, indicating a growing involvement from more prominent players across the value chain. Feedstock costs, supply chain disruptions, and the availability of large-scale production facilities will continue to impact the growth of alternative proteins.”

Apart from some of the deals mentioned above such as ADM, DSM’s other corporates are also getting into the game such as Novozymes, AB InBev, IFF (Dupont) and Danone. Novozymes in September 2021 launched an innovation call for Mycelium-based ideas, as it believes mycoprotein can provide a sustainable protein source. Similarly, AB InBev has invested in “The EVERY Company” via ZX ventures, its venture arm. ZX ventures have another company in its portfolio called BioBrew which specializes in scaling up fermentation and it is likely to work with portfolio companies in this area.

The involvement of corporates in the sectors gets us particularly excited as it indicates that precision fermentation derived alternative proteins might be ripe to commercialise and is likely to drive industry growth over the next decade. Additionally, the current bottlenecks seen in the industry that the corporates can help address are the lack of fermentation capacity, scalability, and fermentation expertise.

Big corporates currently control most of the fermentation capacity which is allocated to the production of pharmaceuticals, other food products such as enzymes, or bio commodities such as lactic acid. This means limited facilities to manufacture alternative proteins, which however could change, with these corporates now investing in the alternative protein space.

Additionally, with most of the corporates in the space having strong balance sheets, the building of new fermentation facilities is also a viable option. Lastly, the fermentation expertise at a large scale is a clear moat for these corporates which positions them well to ride on this growth trend.

Whey protein is particularly attractive as it is known to be a high-quality protein with a PDCAAS score of 1.0 (Containing all the essential amino acids required by humans) and thus is a better alternative compared to soy or oats. Additionally, whey is absorbed by human body more quickly, making it a popular choice in sports drinks and energy bars, while it has many use cases in ice cream production, milk-based drinks and more.

Apart from dairy and egg proteins which seem to be the current focus, fermentation can be utilized to produce other products as well. This includes lipids, carbohydrates, other speciality ingredients in the nutrition space, food colouring and more. All these additional products provide potential avenues for new start-ups to innovate and for corporate to expand in the future.

Overall, the growth prospects in the precision fermentation space look highly attractive. It is a sector that you should keep eye on, as it is ripe for commercialisation and will bring with it a change in the way food is manufactured and consumed.  We believe we are at the starting point in this journey which will be a decade long endeavour to create a secure, efficient and sustainable food system to meet our future food demands. 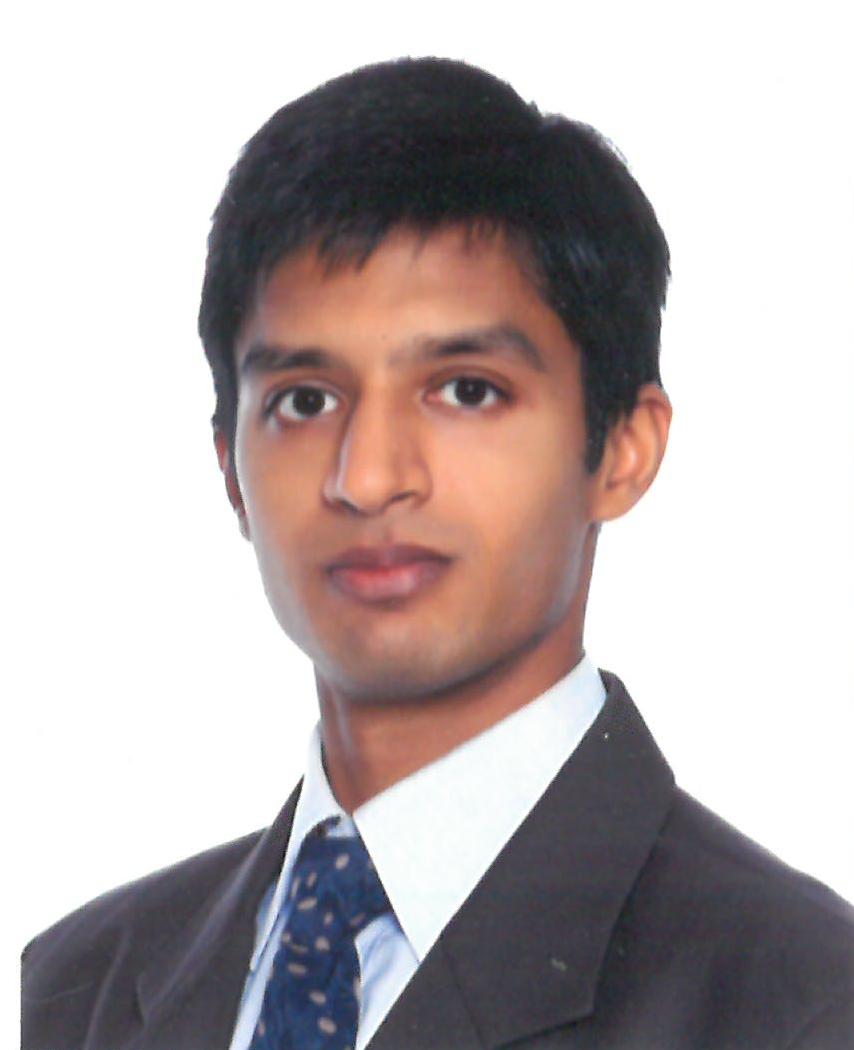 Saket has a Bachelor of Science in Biological Sciences and a PhD in Immunology and Microbiology from Singapore.
He holds a broad set of analytical, technical and financial skills.
He will be delighted to give a 30 minutes free Q&A interview to deal with any specific question you may have.
Send an email to [email protected] to book an appointment.